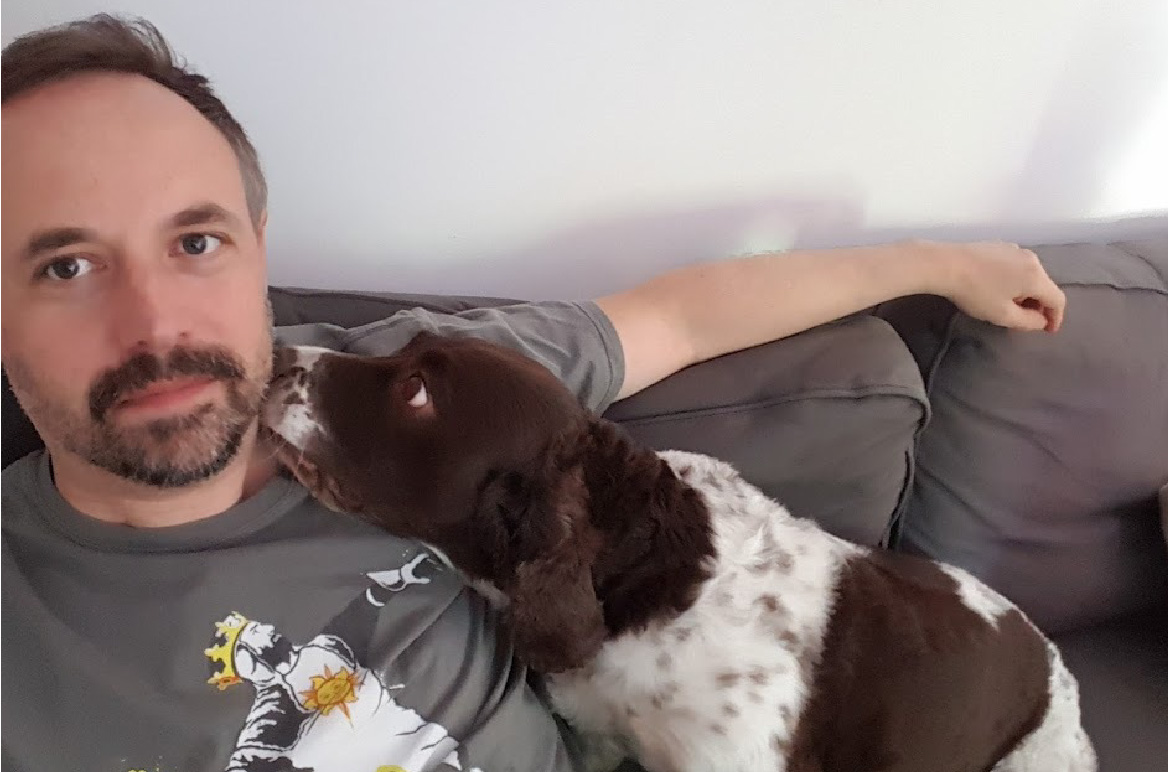 Richard recently joined Den as a Senior Full Stack Developer. As a self-taught developer, Richard is proof that with a bit of determination and passion you can do (almost) anything!

In this talk with Richard, we hear about how he got into development, what he likes most about it, a typical day at Den, and his advice for anyone starting out.

You’re currently a full-stack developer at Den; have you always been a developer or have you dabbled in other jobs too?
I’ve been behind bars (pubs and clubs rather than at Her Majesty’s pleasure) and worked in sales. In fact, massively failing at ad sales in a publishing company led me to follow a passion for computing – I picked up a book on HTML and then went back to the publishing company as their “web guy”. I’ve been a self-taught developer ever since.

Why did you become a developer and what do you like most about development?
I’ve always been drawn to computers and as a kid, I would copy BASIC code out of magazines into my Commodore 64. In early jobs, I would get involved in systems and create little access database applications for people to use. Becoming a developer was an obvious choice and back in 2000 it was a pretty simple thing to get going with, so I jumped in and got a job immediately and with zero experience – I hadn’t even finished the book I was learning HTML from! As a developer, you are presented with challenges on a daily basis and you’ll either know how to solve them or you have to go and figure it out; this leads to learning new stuff and a sense of achievement. It also leads to big highs and massive lows, but it’s worth it!

Do you have a role model in the development world, someone you look up to?
I don’t have any heroes as such but I do draw inspiration from a lot of people and they’re not all in the development world. I’ve met people who know nothing about code but pick it up in order to solve a problem – for example, a guy I met learned how to animate in Flash (this was a LONG time ago) and created a TV show with a mate of mine (The Amazing Adrenalini Brothers – check out “High Dive of Doom!”). To do that from knowing literally nothing about Flash was incredible and shows that with determination and passion you can achieve way more than you think – if they can, then so can you. It helps to remind you that no one is born knowing this stuff.

Take us through a typical day at Den…
A typical day at Den begins with a stand-up with other devs to talk through what they’re working on and any issues they think they might need help with. Work is generally organised into 2-week sprints and planning will have been done to establish what tickets will be worked on so everyone knows what the workload will be. After the stand-up, I’ll work on tickets throughout the day, perhaps with another meeting or two in order to refine an issue or talk through possible solutions. At the end of each day, there is usually another stand-up to go through what was achieved during the day and any issues that need some input.

What advice would you give to a developer starting off?
Although things have changed quite a bit from when I started building sites, the fundamentals haven’t. Start with HTML, add CSS and then learn some JavaScript. Next, learn how APIs work and you can start using a headless CMS like Sanity, Craft or WordPress. From there pick up a framework like Vue.js, React or Svelte and you’ll pretty much have the front end covered. But, the list of things you need to understand on this journey is huge and daunting, so the biggest piece of advice I would give is to not get overwhelmed by trying to learn everything all at once. Baby steps.

If you’re interested in hearing more about our development team, what they can do for you or what it is like working as one of them, you can get in touch here.