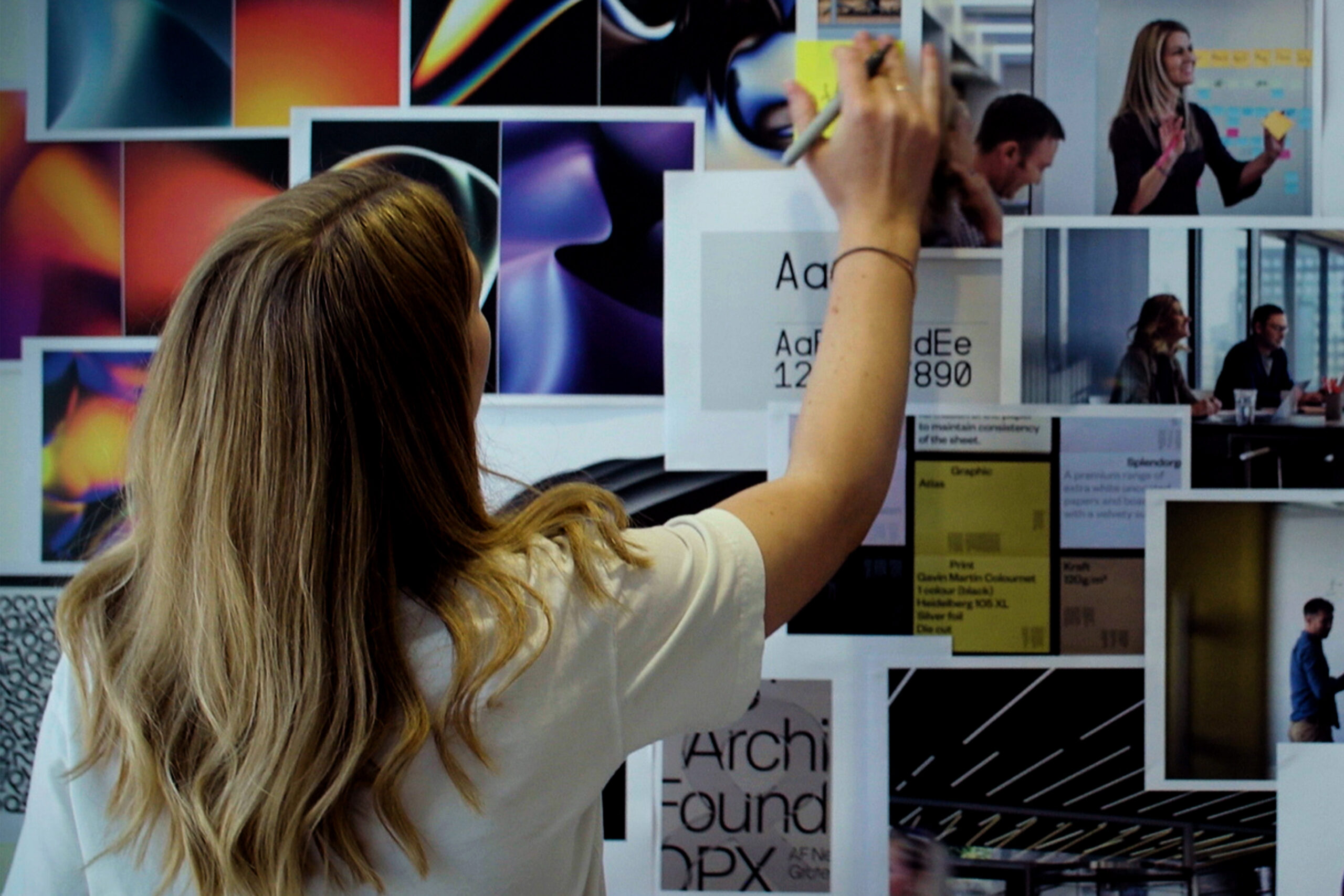 As 2021 draws to an end, our design team have been reflecting on the year and have rounded up some of their favourite rebrands.

2021 has been a big year for rebranding. Amidst a whirlwind of change, companies have been forced to continue to adapt, take new directions, and appeal to an audience whose lives have also been caught up in the whirlwind that is the pandemic. In the face of such turbulent times, it’s not surprising the number of companies that have undergone rebrands is high. There have been many, some have landed better than others, and in this article, we have rounded up a few of our favourites. In no particular order, and by no means exhaustive, let’s begin…

Inter Milan
One word to describe Bureau Borsche’s rebrand of FC Internazionale Milano (AKA Inter Milan)? Slick. In an effort to promote itself beyond sports and to appeal to a more international and youthful audience (not to mention that Italian powerhouses AC Milan and Juventus also underwent a similar process recently) Inter Milan revealed a new identity earlier this year, including logo, colours and typeface. The new logo, a simplified, sleeker version of the one designed by painter Giorgio Muggiani in 1908, has dropped the ‘FC’, leaving ‘I M’, based on the English ‘I am’. The colour palette of black and blue – representing the sky and the night – has been made more vibrant, making it more suited for digital application. The rebrand wasn’t all-singing all-dancing, but rather a considered evolution of what was already a very successful identity. 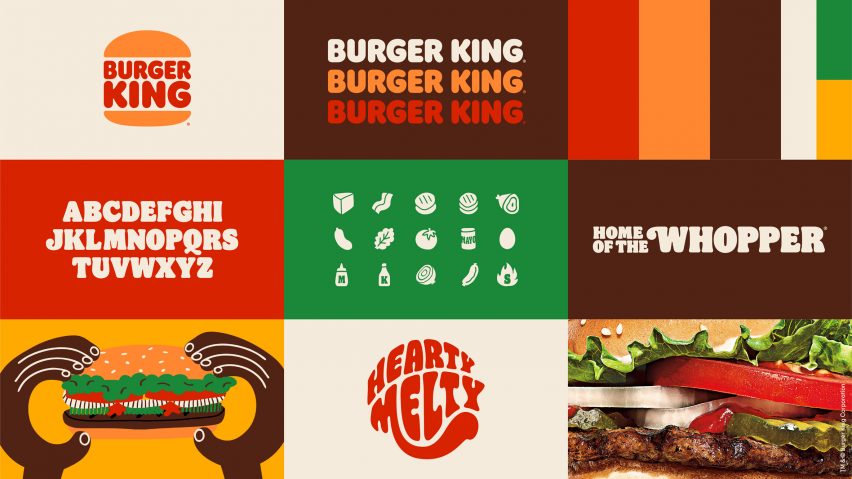 Burger King
Burger King’s previous identity was staling (they hadn’t rebranded in over 20 years) and falling behind their biggest competitor, McDonald’s, who were/are positioning themselves as a healthy and conscious choice. The rebrand, designed by the in-house creative team alongside Jones Knowles Ritchie, was in part to try and improve negative perceptions of Burger King’s fast food – the food is now free from colours, preservatives and flavours from artificial sources and they wanted their diners to know this. Everything from the new colour palette, custom typeface, photography and tone of voice are inspired by the food and move away from feeling synthetic, artificial or cheap. It’s no easy feat rebranding an international company across all its touchpoints – packaging, uniforms, merchandise, restaurant signage and marketing assets – but we think they nailed it.

Mind
Attitudes towards mental health are changing and mental health charity, Mind, needed an identity that reflected this change. Led by London-based branding agency, DesignStudio, the refinement is careful not to digress too far from an identity that had already built so much recognition and helped so many. In order to make the brand even more accessible and relate to a growing audience, the new colour palette is broader, with a more vibrant shade of Mind’s original blue and three new bright colours; green, coral and pink, and the logo has been simplified so as to work better across digital. The hand-drawn illustrations, all donated by people at DesignStudio, celebrate difference and individuality, while the photography depicts people from all walks of life. The new identity has accessibility at its core, including a custom typeface, Monotype Mind Meridian, that is legible for those with visual impairments. Don’t know about you, but we’re here for it. 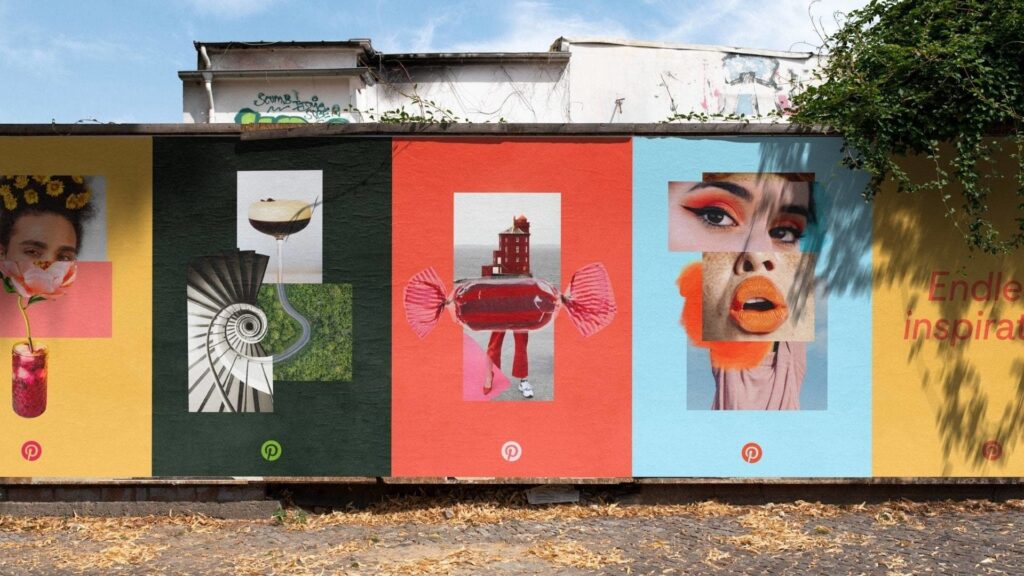 Pinterest
Earlier this year, Pinterest revealed a new “democratic and optimistic” identity. A collaborative effort between design studio, Made Thought, and Pinterest’s in-house team, the new identity is vibrant and fun, using collage to create an eclectic, immersive and dream-like visual world. The bespoke typeface, designed in partnership with Swiss type foundry, Grilli Type, is playful and full of personality, and the colour palette, well, there isn’t one. Reflecting the diversity of the content on Pinterest and each user’s personal journey, the palette is fluid and, using a colour palette generator tool, is generated based on the colours in a selected image. We’re not sure what a ‘democratic’ identity should look like but Pinterest’s new visual language is definitely optimistic and successfully avoids any tech company cliches; we’re fans. 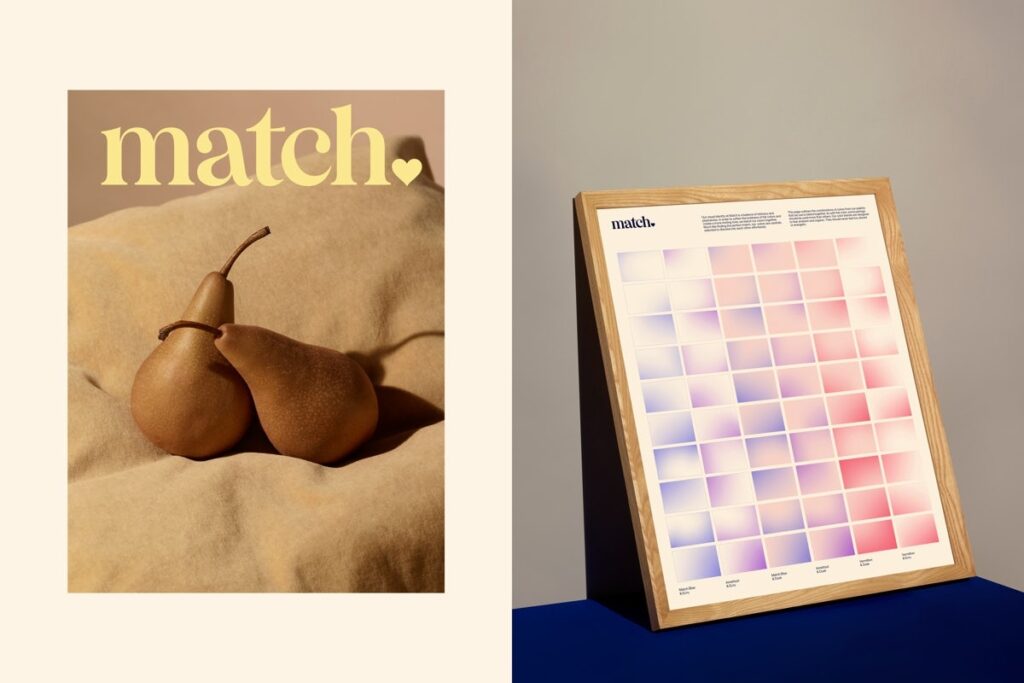 Match
Dating site veteran, Match, released a rebrand – designed by New York-based studio Collins – that feels remarkably more grown-up; this was intentional and sets it apart from its right-swiping competitors. With its sophisticated imagery, a colour palette of soft pinks, blues and purples, and elegant typefaces Reckless and Beausite, the visual language makes the dating-process feel like it should be one to be enjoyed, rather than the anxiety-inducing experience other apps can make it feel (naming no names). The new identity is everything you’d want in the person you might find on Match; calm, unjudgmental, gentle and classy. Sign us up. 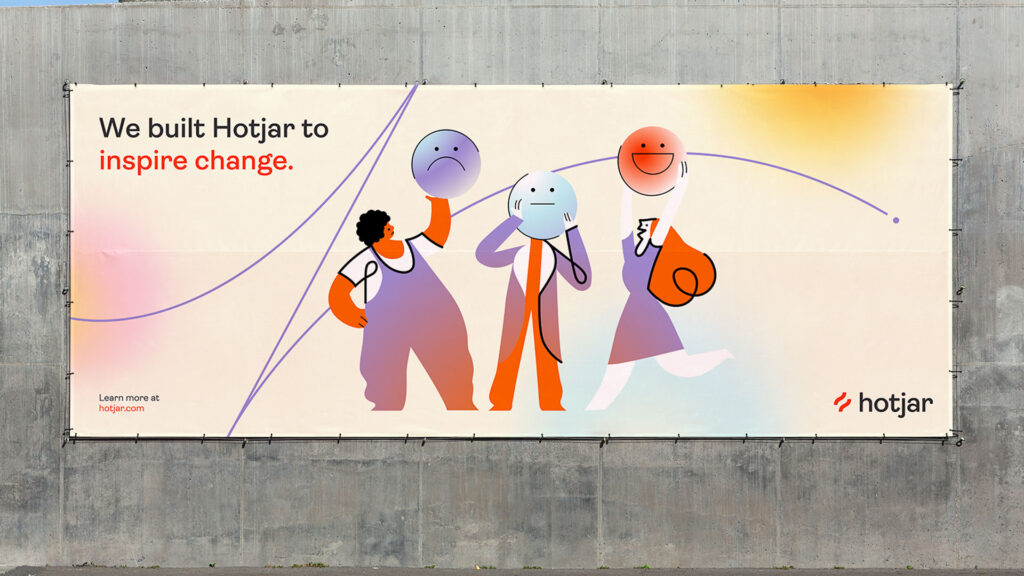 Hotjar
Hotjar, a tool that lets you see the online behaviour of your users, released a new look and feel, designed by digital design agency, How&How, that is more inclusive and empathetic. The rebrand included removing the flame from Hotjar’s logo, which closely resembled Tinder’s distinctive logomark, and replacing it with two lines that represent both the individual user journeys and human connection. The new typeface, Ambit, is inviting, friendly, clear and legible and the colour palette takes its inspiration from a flame, capturing the full spectrum of human emotion. The squiggly lines are what Hotjar call ‘trace lines’ and represent how people move around an online webpage. We’re not the only ones who appreciate the new rebrand, Hotjar spoke to their users to find out what they thought and one described it as “uplifting, modern and forward looking”. 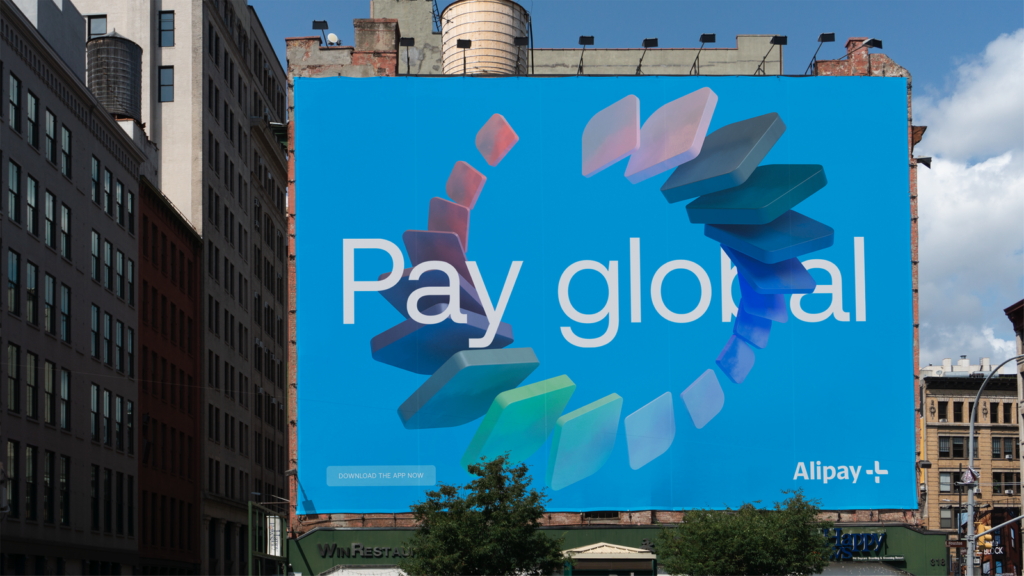 Alipay+
Okay, so not technicallyyyyy a rebrand as Alipay+ is its own product that requires its own separate brand different from that of parent brand Alipay, but we couldn’t resist. Alipay+, in short, allows users to pay like a local wherever they are in the world, and the bold identity, designed by DesignStudio, is very fitting for such a bold vision. Did we mention they want to reach 2 billion users? To reach so many users, the brand needed to engage, and engage it does; it has a contemporary palette, a friendly tone of voice and is brought to life through 3D motion.

Standard Chartered
The challenge Standard Chartered presented to global creative consultancy, Lippincott, ahead of their rebrand was: ‘As a dynamic bank growing through digital transformation, how can we reinforce our prime relationship with clients around the world?’. No easy challenge. The rebrand may seem modest, a simple tweak to the logo, but the impact is big. By swapping the order of the logomark and wordmark, streamlining the mark, dropping the shading and brightening the colours, Standard Chartered’s new logo is immediately more powerful and recognisable across digital – critical for a bank that wants to reach users globally.

We had to whittle this list down to these select few, but there were many others that deserved a spot. Maybe one for another time. Call us biased, but in times of change, rebrands are not just beneficial but necessary.

If you’d like to speak to our branding team about how we could work together in the new year, we’d love to hear from you. Get in touch here.

What is the difference between generative and evaluative UX research?