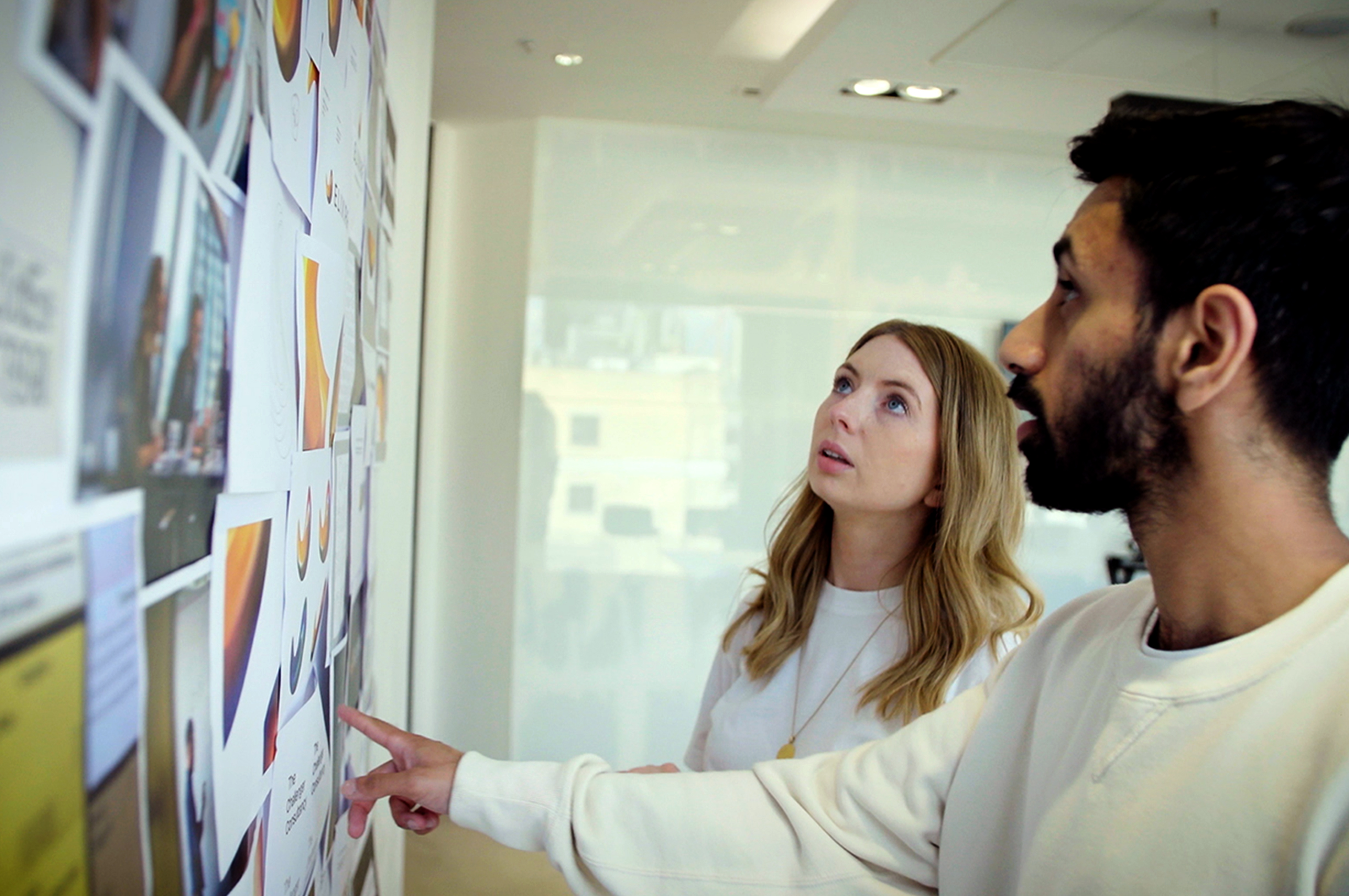 Rebrands are often polarising, instantly eliciting visceral responses from consumers and industry professionals. Strategically-led design can help brands weather the storm of opinion and over time propel businesses towards their future ambitions.

In February of this year, Standard Life Aberdeen released the first glimpse of their rebrand (you can see it here). For those of you that don’t know the story, in an attempt to appeal to new audiences and position themselves as modern and dynamic, the Standard Life Aberdeen brand name has been shortened to Aberdeen – represented visually by a wordmark that’s lost its vowels.

The design industry and beyond swiftly set the beacons alight, with ridicule and tweets, mocking the name change, which brought on a sense of déjà vu for me.

Rebrands themselves are inherently daunting, especially for large consumer-facing businesses. Brand is the voice and face of any business; it’s what their audiences connect with, what they relate to, what keeps them loyal. While daunting, rebrands are an opportunity for businesses to present themselves more in line with how they see themselves; it’s a chance for a clean slate. Brands have a shelf life. In a world that is constantly evolving and evaluating itself, the most successful brands keep their ears close to the ground, listening to those shifts and aligning themselves to speak directly to their audiences.

Rebrands are often polarising. A well-loved consumer brand may decide that they want to shift their product line to those that are more likely to be adopted by a younger audience. They realise that their current identity and messaging speaks to an audience that doesn’t align with their future ambitions. They therefore decide that in order to give their new product line the best chance of succeeding, they need to present themselves as a modern and dynamic business. Pretty reasonable thought process.

However, by rebranding, they risk upsetting a large part of their current audience, who love and identify with them.

Rebrands can differ in scale and the industry has been trying to describe these different approaches to make the prospect more palatable for businesses – “we can refresh you”, “we can optimise your brand” and my favourite; “we can tweak it”. There is often a business case for small changes to a brand to help it succeed, and I have been a part of projects where a minor refresh was needed. However, more often than not those brands have been well managed through a process of constant evaluation and end-user insight.

“Abrdn” aren’t alone, the rebrands of Airbnb, London 2012 and BT were all met with ridicule. I read and heard numerous industry professionals airing their concerns, opinions and revelations about BT especially; “they paid that much for a circle?!”, “how did they go for that, I could have made that in my sleep”. The concerning thing here is that I would expect an industry professional to understand that a rebrand needs time to live, to sink in, to make its mark and most importantly to embed through a combination of consistency, recognition and messaging – driven by the organisation’s strategy, which can’t be communicated through a single press release. You would be hard-pressed to find anyone that didn’t think any of the aforementioned rebrands weren’t a success today.

The reason those rebrands have been a success is because they were strategically led. Airbnb recognised that there was an opportunity to be different to their competitors and appeal directly to the human and emotional need to belong. London 2012 recognised that they weren’t creating a brand for 2007, but for 2012; that represented the city as the melting pot it is and the games as something distinctively different to those that have come before. Finally, BT recognised that as the business grew they would need an architecture that was manageable and an identity that could reinvigorate itself in the eyes of the public, representing the future ambitions of the business across all of its media.

I’m sure that Abrdn’s rebrand has been strategically led and that, over time, we will all be able to appreciate its reasoning once it has had time to live, and we can see it in its full context.

For founders/business leaders that are thinking about a rebrand, my advice would be – work really hard to define what makes you different in a world where every organisation is fighting for attention. Weave a narrative and tell your story. Take a risk and be brave enough to live your point of difference and ignore the noise. If executed correctly you’ll quickly realise it wasn’t a risk at all.

And for all those industry professionals that are quick to ridicule, let it live.

I’m a designer. How has learning to code benefited my career?